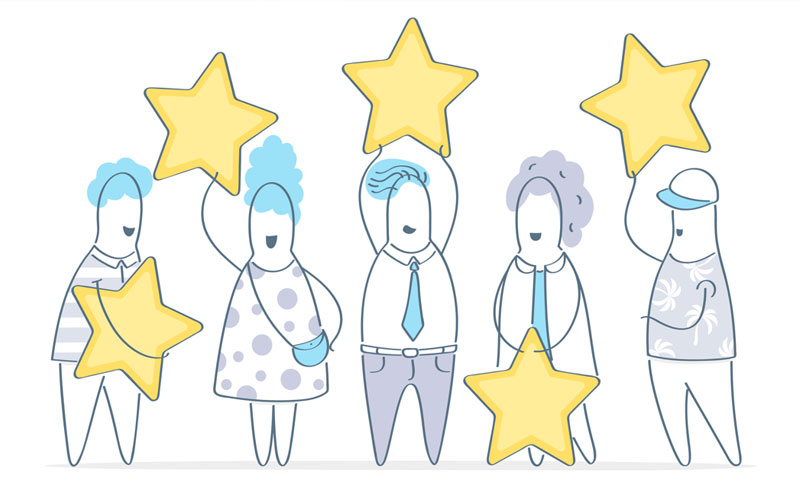 How to maximize 5-star ratings for your app

I ran an Android studio for many years. We released four apps including HD Widgets, which ranked as a #1 paid app, had millions of users, and maintained a 4.5+ star rating for years.

Don't bite off too much. Focus on one or two features at a time and make sure they work flawlessly. Aim for the simplicity of "it just works".

• Be sure your messaging matches your product

Don’t talk about what you hope to offer because sometimes you’ll have to pivot and can't deliver. Save the excitement for when it actually happens.

Did you know Android users can update their reviews? If you politely respond and fix a legitimate 1-star bug report, most likely they're come back and change it to a 5-star review. It's actually common for 1-star users to become 5-star fans.

No matter what, there's going to be some kind of bug or UX issue with a big release. It's wise to set aside time to address issues right away, rather than let them linger for a while before you can circle back. This will demonstrate to your users that you're paying attention and that you care about the product. It will also help convert low-star reviews and reduce the potential for less than 5-stars.

• Know when to ask for a 5-star rating

Ask once, early on, following a positive experience. Feel free to ask again after a major update, but try not to do it too often.

• Include an easy bug-reporting mechanism in your app

There should be a button in your app settings that allows users to send a bug report. Keep it simple – you can follow up via email if you really need Jira-level details. Be sure to automatically add device details (model, OS), app details (version, preferences), and their contact email with their submission.

Talk directly with your users a much as possible.

Mike and I answered every email ourselves for the first year. We got tons of feedback on bugs, features, and especially localization issues we would have never known about.

I highly recommend setting up a beta user group with hands-on moderation and discussion. It will give you a place to explore and try new features, making mistakes without affecting all users, and get to know some of your power users.

Don't be afraid to use Google Translate. Most of our overseas users could talk to us in English, but when necessary we’d try translation. It didn’t always work, but at a minimum it demonstrated empathy and effort.

• Set the right tone in the app store

While you can't moderate your app store page, you can moderate how you respond to user comments and ratings. If new visitors find only positive exchanges between you and your users, they're more inclined to consider 5-stars for your app.

I know it saves time, but do it too much and it'll turn off new users. We’ve all seen companies that provide generic responses to user comments. It’s not a fair exchange. New users want to know you’re going to be responsive and authentic.

At the very least, if you have to use canned responses, try to mix it up enough to seem human.

Most user comments are positive, but some can be extremely negative and unfair. You want to fight back, but don't. Potential new users will be reading those comments, including the negative ones. You don't want to set a bad example.

• How to handle negative comments

There are three types of negative comments:

Legitimate complaints often won’t be just one user but many users experiencing the same issue. It’s best to agree with these complaints. People love genuine responses. Be candid, open, and thank them:

If you can’t fix it, let them know. Briefly explain why if you can.