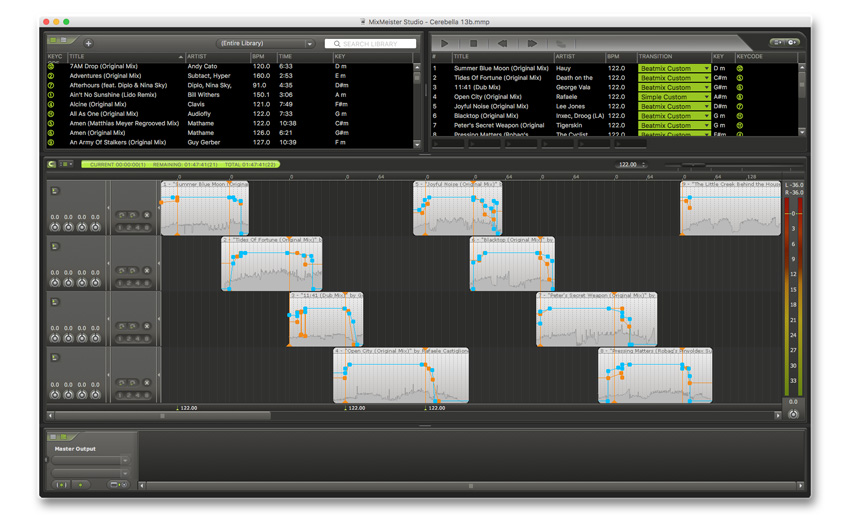 MixMeister Studio makes it easy to arrange DJ mixes in a linear method similar to video editing, but with tools essential to mixing tracks together. MMS isn't widely known, but after getting into it for a while I'm hearing many DJs are using it. The engineering is top notch though the app itself is a bit buggy.

I'm going to follow up with an introduction to MMS in a few days. For now, I wanted to make my MMS mix session available for DJs to check out. It's a good example containing a variety of transitions graphs, mix techniques, and simple tempo management.

To download the music, I've provided Beatport links in the tracklist.