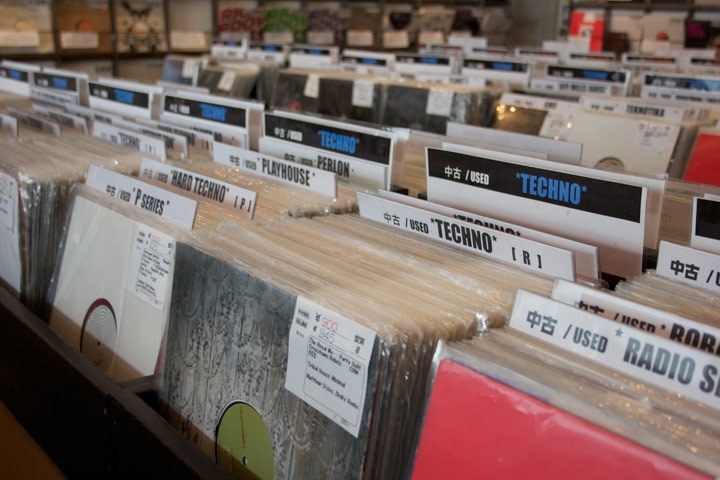 DJTechTools is reporting that Beatport will finally introduce new genres for their music shopping categories. This is very exciting and I'm very curious what will happen next month.

Its not clear is whether or not the new categories will start fresh or be converted from existing categories. For example, let's take a look at Electro House. Many years ago it was a very specific sound, but today the Electro House category in Beatport is mostly hard Big Floor EDM. The category has been hugely popular on Beatport for a few years, but now Big Floor EDM is declining in popularity for DJs.

If Beatport changes the name from Electro House to Big Floor, then classic Electro House tracks will be buried deep below very popular EDM tracks. But if they start fresh with Big Floor as a category, the new genre will only provide a history of the worst leftovers of a once vibrant sound.

I'm very interested in what will happen for a couple or reasons. I buy a ton of music on Beatport (~5000 tracks / year) so I know how it can be a challenge to keep that much music organized and playable. I'm also working on a project called Otto DJ which will also need accurate categorization that DJs can understand.

I should point out, even with my new genres it's hard to classify every track as a single genre. Tracks often fall into  more than one genre, maybe vaguely (deep house and indie techno) or deliberately (psytrance and trip-hop aka psy-hop). Instead of falling into the quagmire of subgenres, I'll simply classify tracks in more than one genre when necessary. For example, a tracks by HVOB  would be marked "deep house, indie techno, chill" rather than "folk indie techno vocal chill out house". By sticking to generalized categories, it's easier to put together sets on the fly.

The following are my suggested categories and changes with example of labels and artists to illustrate each sound. The lists are not comprehensive - I just picked highlights. If you don't recognize the names, do a search on Beatport. There's some great music in there :)

This is actually proposed and expected to happen with the update, albeit called "Big Room". I prefer "Big Floor" over "Big Room" because this music  is played predominantly at huge outdoor festivals - there's obviously no room big enough to host an audience of that size.

Big Floor is really a few different genres which has been covered by Progressive House, Electro House, Trance, and Hip-Hop (Trap) depending on your festival stage. It would be a mistake to try to lump it these sounds together.

Beatport has an interesting class called Indie Dance / Nu Disco. Indie dance has its own sound that doesn't follow any other convention. I started seeing influences in many deep house & tech house tracks I liked. It wasn't the classic house nor tech house sounds; it had a very indie vibe, so I started calling it Indie Techno.

Over time, I recognized it served well for forms of techno that were more mature, discreet, and different from classic techno sounds like those of Adam Beyer, Cari Lekibusch, Carl Cox, and Derrick May. In some cases, it's almost classical music, but rooted in techno (i.e. David August).

I expect most of the 4x4 stuff in Electronica could migrate to Indie Techno. Electronica is too vague a category and needs room to be more experimental again. A lot of Tech House and Deep House will probably also make the switch.

This is a genre long overdue. Progressive Techno is a combination between techno and trance with up-driving rhythms and simple melodies meant to move bodies by impulse and not force. It's too bold to be trance, and too synthy to be tech house.

I would like to make a distinction. I think labels like Toolroom, Dirtybird, and Hot Creations are very progressive however they're still the core of Tech House. There's a very different vibe between John Digweed, Claude VonStroke, and Richie Hawtin. Each are techno, but move very differently. The latter are clearly represented by Tech House and Techno. We just need to recognize progressive as a thing, because... well, DIGWEED!

This isn't the best name for it, but it's one I settled on years ago. Progressive Trance is the pedantic kid-sister of Trance. Trance used to be bold, uplifting, and anthemy. Today the "dance" form of Trance is cliché rehashes of chuggy bass, huge synth chords, and a melodic breakdown with optional angelic diva vocal.

Yes, established artists like Above & Beyond and Chicane keep trance very respectable. But there's the second tier stuff, artists who want to make trance but don't want to make it bold. It's soft, fragile, and nice. I'm looking at you, Silk. It's not bad to have around because it is uplifting, light, and good morning background music.

All this being being said, I'm not 100% on this one. I just happen to be using "Progressive Trance" now. A better direction may be to add Hard Trance and Progressive Trance as new genres and see where that leads. But it definitely needs to be separated from the harder dance trance, if for no other reason that the new category might even inspire these guys in some new direction.

This is an exciting genre that's been around for more than a few years but forced into fitting into far too many categories like Electro House, Glitch Hop, Electronica, Dubstep, Chill Out, Indie Dance… it's a wonder they're successful!

it's hard to describe the music, but we're all more or less familiar with it so let's just look at the labels and artists:

It was on Beatport for a while, but it's gone now. Trap is mostly derived of either dubstep or hip-hop and thus has been slotted into one or two of these. While it does fit in rather well, I think trap artists and DJs would prefer their own class at this point. It would also free up Hip-Hop to be more open to its roots.

Beatport's Chill Out category is a catch-all for everything non-dance related that's neither experimental nor pop / rock. A plethora of commercial fluff chill out compilations have flooded this category making it a wasteland for what could be some of the best, long-lasting music in electronica.

For now all I want is simple ambient - something separate from downtempo, psyhop, trip-hop, melodic diva Enya chill out, jazz, hip-hop, and soft handbag. Personally, I often sub-categorize my ambient into Ambient Trance, Ambient Techno, Acoustic, and even sleep, sunrise, and wake. But that's just me. For now, just give us Ambient.

I'm adding this simply because everyone has expected it for a while, but I'm not sure how big moombahton is these days and how many artists are still making it beside Diplo & company. Not my call, but definitely overdue.

I do agree that the Progressive House anthems should join in Big Floor and allow time for Progressive House to shift. I think we can expect to see a lot of stuff in deep house make the move starting next year (ex. Last Night on Earth, Hot Creations).

It would be best to separate this into three: Trance, Progressive Trance, and Hard Trance. It's really difficult finding good modern-tempo (128 bpm) trance when half of it is still 140+ bpm. Opening these up could give it room to grow.

These should merge. The distinction was relevant 15+ years ago, but not today.

I'm thinking these should split. Both sounds are very unique and many DJs specialize in one or the other and it takes a LOT of filtering to go through them. It's peanut-butter and chocolate.

The good stuff should be migrated into Tech House and the category retired. Today the section is mostly bottom-feeder filler marked as minimal, hoping to get a bite.

Yeah, this section really needs some love. It's a catch-all for "non-dance" music. Many electronic music fans are maturing and discovering that it's the chill out music they listen to for life. Give it the consideration and respect it deserves, but I'm stuck on suggestions beyond splitting out Ambient.

DJTechTools has suggested Glitch Hop be removed. I think this is a mistake. Beatport essentially overlooked the section a lot time ago (< 30 staff picks in five years?) but there's a lot of amazing music in there. It's a very rebellious genre covering a gamut of sounds which really do need their own categories, but I'm OK as long as they don't get dumped into Electronica. I've been a big fan of this section of music and even I can't separate it all efficiently. But just because you don't understand it that doesn't mean you kill it.

I'll finish with a list of categories I'd like to see, simply because I'm using them. I don't think they should really be added to Beatport, but maybe it'll spark some ideas.

Finally, Beatport may need to consider an archive section for historical categories. It's tough trying to create permanent general categories for a music store that could be around for 50+ years.

I've listened to electronic dance music since the 70s. Terms like Modern, Alternative, New Wave, Industrial, Garage, Club House, Jungle, UK Hard House, Two-Step, Epic Trance, Goa, and many more have all been unique genres in the past that don't fit in the categories of present-day Beatport. The same thing is already happening with their current genres (Electro House, Minimal, Glitch Hop, Dubstep).

Maybe instead of eliminating categories, Beatport starts to archive them.

It will certainly make digital crate digging a lot of fun!